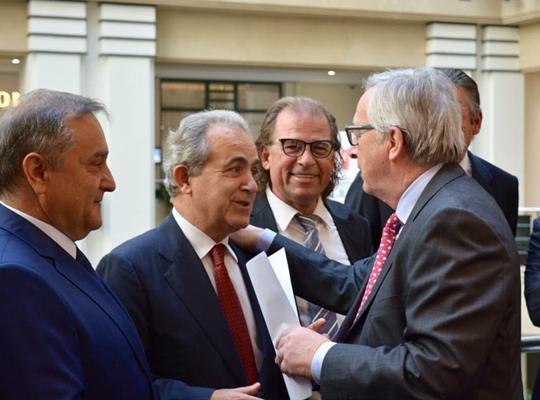 At the conference, during which the «Juncker» plan was presented for the development of construction industry, the "Greek crisis" dominated again , with the President of the European Commission stating characteristically that the "Greek question" is employing him on a daily basis and throughout the day.

The President Mr. Georgios Romosios had the opportunity to have a few minutes conversation with Mr. Juncker, mentioning the  dissolving of the construction sector in Greece, through a different perspective out of politics view that Europe is accustomed to perceive the Greek reality.